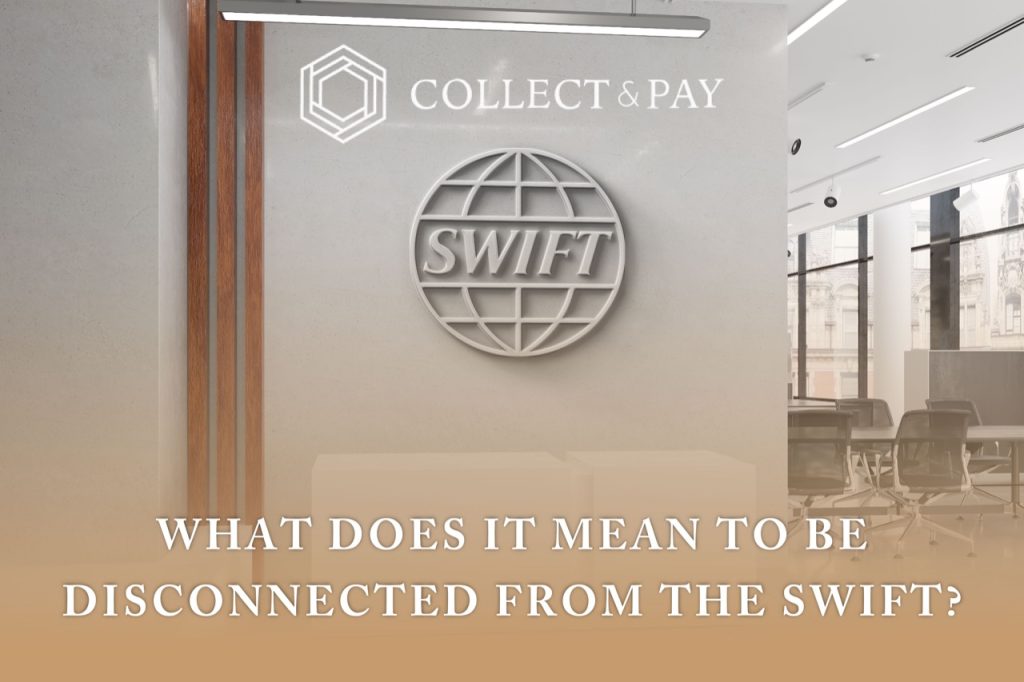 America threatens Moscow with “the most effective legal sanctions.” We are talking about the interbank SWIFT system, which plays a central role in international financial settlements. Disconnection from this system will have the most serious consequences for Russia. A lot of local banks are already closed.

More than 11,000 banks use this highly secure telecommunications network to exchange standardized messages, for example, with every money transfer and every credit card transaction. In this case, we are talking about payment orders, and not about the money itself. SWIFT does not have accounts. The transfer of money occurs either directly between two banks, or through an intermediary bank with which the participants in the process maintain business relations. The transfer is also taken over by SWIFT.

Which country had experience with sudden disconnection from the SWIFT system and what will be in Russia if it happened with them we will tell in this article.

A cooperative society, which is SWIFT, assigns its members the so-called Bank Identifier Code (BIC), which is on each bank card. With this combination of symbols, any credit institution can be identified. A single IBAN code for personal accounts was also introduced by this company, founded back in 1973. No financial transaction can’t be operated without a secure payment order, which explains the central role of SWIFT in the international financial system. In the current year, more than 9.6 billion messages have been exchanged through SWIFT.

What does it mean to be disconnected from the international payment system? Iran had the opportunity to feel all the inconveniences associated with this situation. Between 2012 and early 2016, data exchange with thirty Iranian banks was interrupted due to EU sanctions imposed over Iran’s nuclear program.* “The SWIFT Society is subject to Belgian law and must comply with this decision regarding Iran, approved by the government of the country of residence of the society,” said the company, which considers itself a “neutral player”.

For the Iranian economy, this had disastrous consequences. Payments for oil supplies were made in dollars, but exporters no longer had access to the payment system. In addition, it turned out to be impossible to supply Iranian oil to the EU and America. True, barter deals were still possible with Russia and China. But Iranian merchants had to pay cash for tankers in Dubai, simply so that those oil-carrying ships could put to sea.

At that time, Iran lost half of its oil revenues and its exports fell by a third. It was these sanctions that played a decisive role in the fact that Tehran returned to the negotiating table and in 2015 concluded a “nuclear agreement” detailing its obligations, as a result of which the sanctions were lifted. True, in 2018, US President Donald Trump reimposed sanctions against Iran. Though this time the Europeans did not agree with the US decision.

Kremlin: disconnecting from SWIFT is tantamount to “declaring war”

Despite the disagreement of the Europeans, in the fall of 2018, the United States again took a decision to disconnect Iran from the SWIFT system. The company stepped up the “regret” about it, but succumbed to the development of pressure. The Board of Directors of SWIFT includes representatives of major banks; the central banks of the industrialized countries that make up the G10 also play a role. Attempts by many EU countries to develop an alternative payment system (Instex), at least for humanitarian goods, have not been successful in any way.

The first demands to  disconnect  Russian banks from the SWIFT system were heard back in 2014, after Moscow annexed Crimea and destabilized the situation in the east  of Ukraine. Alexei Kudrin, Russia’s former? Finance minister said that in such cases the country’s GDP would fall by 5%. declared that this step would be tantamount to a “declaration of war”. This is exactly what Anthony Blinken, the state secretary, hinted at when he threatened Russia to a large extent with “the most effective economic sanctions”, “we have not previously resorted to”. When this spring Moscow concentrated troops on the border with Ukraine, the European Parliament demanded to disconnect Russia from the SWIFT system in the case of invasion

True, in 2014 the Russian Central Bank began developing its own payment system. But it covers only a quarter of domestic Russian transactions and can cover only a small number of countries. From China, the Bank of China joined it, but large Western commercial banks abstained. The Chinese system, which involves a couple of Russian banks, is also quite limited, with only 2% of international settlements going through the Chinese yuan system.**

Disclaimer : The article is meant solely for educational purposes only. By viewing any material or using the information within this page you agree that this is general education material and you will not hold any person or entity responsible for loss or damages resulting from thecontent.Collect & Pay Ltd is authorized by the financial regulatorof the AIFC, Astana Financial Services Authority(“AFSA”), to conduct the activity(-ies) of Providing money services in a testing environment of FinTech Lab* (AIFA regulatory sandbox) under the License#AFSA-G-LA-2020-0005 with expiry date of 23.04.2022.Status of the license and its validity may be verified at theAFSA website (www.afsa.kz).

PrevPreviousDifficulties of opening a corporate account abroad
Next3 criteria to pay attention while choosing a bank for your businessNext
© COLLECT & PAY Ltd. 2020 - 2022